It feels like forever since I’ve been on here to blog. In actuality, it’s been nearly a year. It has been a year of change and growth for me. It’s hard to feel like you can put pen to paper when you are in the middle of figuring it out yourself. Then there is the challenge of determining how much of your life is open for public consumption. We live in a time where we often feel like we are supposed to keep our internet circle of friends and family up to speed with our daily lives. Sometimes that is fine, but then there are other times that you need to live through it, and reflect, before you share.  I made the decision last summer to step back from blogging and posting any personal updates on my own social media. I knew I needed that break until I felt settled, had a clear idea of what I had learned, and a clear understanding how much of that I was to share. 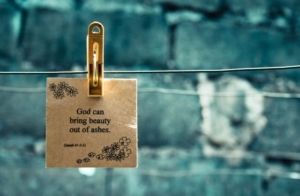 The last ten months have been some of the most painful, and at the same time, some of the most meaningful, healing and restorative months of my entire life. I have learned A LOT about myself and learned even more about God’s love for me.

The VERY cliff notes version is that I was in an unhealthy marriage for 14 years. I will not go into details. The details fall into the “not for public consumption” category. On July 3rd of this past year my oldest son was hospitalized. Again, the details of that fall into the “not for public consumption” category. It was the single most difficult thing I have ever walked through as a parent. That experience highlighted the level of dysfunction in my personal life. In August of 2019 I made the decision to follow through with ending my marriage. And while it was beyond devastating, it was also the beginning of a season in which God would show me how much He loved me and He would speak truth over lies I had believed for my entire adult life.

I know that I am not the only person who has lived with lies. Lies are sometimes so deep that we don’t even see them as lies. They feel so much a part of who we are that we see them as simply part of our make up. Satan is not exactly creative. He keeps speaking the same lie to us over and over and over again. When you hear it enough times, you start to hear it as truth. I am grateful for the cross and the grace that God pours over us, despite our failures. I am even more grateful that God will continue to pursue  us until we take our last breath.

Where did my lie begin…

I grew up in a home where, at the time, I was the only Christian. I began attending church with a friend in middle school and gave my life to Christ at the age of 15. I was baptized a few months later. All through high school I attended church with my friend Shawna and her family. In many ways they became my second family.

In my own home, while I absolutely knew I was loved, I very much felt like an outsider. I don’t think that was intentional on the part of my family or that they were even aware of the fact that I felt that way. Our spiritual differences left me feeling like I was on the outside. At the time, I felt a pressure within myself to live up to my label of “Christian”. This is where the lie began. The lie that said, “My value and approval is attached to my actions, achievements, and how others see me.” In my late teens, after I was out of my parents home, they both became believers. In some ways that amplified my internal desire to live up to my label of Christian.

Until this past year I didn’t realize how much that feeling of being the “outsider” had influenced my adult life. I was not aware of the fact that the lie, “that my value and approval was attached to my actions, achievements, and how others saw me”, had influenced so many of my adult life decisions. I accepted the lie as a part of who I was. Often times, owning it as a positive thing. I am loved because I have done good things or served someone well. I belong because I openly serve the Lord at a local church. I am accepted because I fit the mold for what a good Christian wife and mother look like. Don’t get me wrong, serving the Lord and others and being a good wife and mother are great things. But when your value and self worth are attached to them, it can be a very damaging thing.

I have spent the last 10 months learning to genuinely love myself. In order to do that I had to learn about myself. It meant that I had to be honest with myself, and that’s not always easy. Having a therapist who can hold up a mirror and ask hard questions of you is so helpful. The biggest revelation that came out of therapy was that I had accepted this lie as truth. I had settled into the lie and was genuinely comfortable with it. So comfortable in it that I had stayed in a relationship that was not healthy for me or my children because I was afraid of how I would look to others! 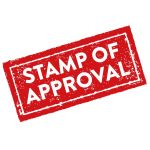 “My value and approval is attached to my actions, achievements, and how others see me.”… I remember sitting in my therapist office in August and talking through my “worst case scenarios” with her. I knew I was ending my marriage. I knew that biblically I was justified in doing so. I knew that my children would be better living in a healthy environment. I knew that my own personal mental health would not withstand living this way for the rest of my life. And yet there I was, 46 years old, role playing with her about how I would tell my own father. I was making a decision that I knew he would disagree with. Why did I still feel the sting of the lie? Why was I still so wrapped up in how others saw me? But the enemy would not succeed in convincing me that the lie was true anymore.

The hardest thing I had to acknowledge was that I wanted to be on the inside of the approval circle so much so that I gave up myself just to stay there. The bottom line was that I had stayed in a dysfunctional marriage for years longer than I should have because, even in my mid 40’s, I was worried about how I would be seen! I worried about how my church friends would respond. I feared my own father’s reaction. It sounds ridiculous now as I type it.

God has pursued me all along this new road. He has spoken truth over the lies. He has reminded me of my value in Him and Him alone. He has reminded me that I am worthy and that I am loved. He has given me the courage to stand up and take steps into MY future. One filled with happiness, love and joy, sprinkled with challenges too. He brought people into my life who would speak truth over me and encourage me along the way. People who would help me to remember who GOD says I am. God has been faithful to pursue me, even in my brokenness.

In prayer ten years ago God brought a phrase to me: “The Endless Pursuit”.  Impressing upon me the reminder that I should always pursue The Lord and that He would also continue to pursue me by drawing me to Him. His love for me would not change. His desired to be in relationship with me would never diminish. This season has been a season where God has proved that to be true. Regardless of how broken I felt, He was there calling me to Him. Making a way. Loving me.

Stepping into change can feel scary, especially when it feels like forever since you have genuinely stood on your own feet. We officially separated in August of last year. Our divorce is amicable. We do not have conflict. For that I am grateful. In October I got a job working as a Family Advocate and Office Manager for a local non-profit. A job I love. In December the kids and I moved into a rental house close to my work. They were enrolled and attending a local charter school, but COVID19 brought that to an end and we are back homeschooling independently. I now juggle home schooling five kids and working full time. For now I work both from home and in the office depending on the day.  I am grateful for my job and the extra time with the kids. I have new goals and dreams and am excited for my future.

I want to clarify that I believe it is wise to seek the counsel of grounded believers when you are walking though difficult things. That is healthy and biblical. I don’t share this to promote divorce or to celebrate my failed marriage. I share to remind you not to believe the lies of the enemy. Do not let others’ opinions OF YOU influence how you live your life. Listen to what GOD says, what HE says about you and follow HIS lead. And remember, have grace for each other. We often don’t know what someone is walking through. May we all remember that God meets us where we are and that He will come for us when we don’t have the strength to run to Him: The Endless Pursuit.

In January of this year I got those words tattooed on my arm. It is my constant reminder to always be in pursuit of Him and to rest in knowing that because He loves me, He will pursue me as well.

One thought on “A Season Of Change”